I have been on trips where some photographers are the first ones on the boat after a dive, and also where some shooters were still under an additional 5 minutes longer than anyone else. If you can master a few things, you may get more time for more pictures.

Again, it all starts with buoyancy control. We discussed in the Buoyancy Control  blog about being over weighted. We can fine tune that tip by having the weights properly distributed. Balance your body. If you are taking 6 pounds, have 3 on each side. While at the surface, use that snorkel. If your over-weighted, you will start sinking and struggle to stay at the surface. That’s your first clue. Why use it? You’re not using air from your tank for breathing or inflating the BC. You’re already off to a good start. Streamline your diving methods. Stay parallel to the bottom. If you are at an angle, you start using a bicycle kick and that requires more energy which requires more…AIR! Being streamlined creates less drag and therefore less effort, reducing your air consumption. Hauling around camera equipment creates more drag, so you are always looking for methods to compensate for that.

Other gear related issues are your fins and wetsuit. In tropical regions, I always preferred the lycra suits. They fit like a glove (less drag) and have a thermal factor equivalent to an 1/8″ wetsuit. They also don’t trap as much air as a neoprene suit. All the air in a neoprene suit isn’t completely gone until your 3rd or 4th day of diving. If you always use the same weight, you suddenly find yourself slightly negative later in the week. That’s the air in your neoprene suit discharging.

I believe you get what you pay for in fins. There are some that have claims to give you more propulsion, but it’s at the expense of making your legs fatigued in the process. Buy fins that propel you easily without that fatigue that builds up in your ankles and calve muscles.

My wife and I have the same fins. I noticed, after a week, I was feeling some fatigue in my legs and she wasn’t. Then it hit me. She had a daily exercise routine that required a lot of leg work. I did nothing. Prior to our next trip, I joined her in her routine and the dividends were incredible. Being in shape! Wow! It was right there in front of me the entire time.

I noticed my breathing was better and more controlled. I took deeper breathes and exhaled slowly and longer also (NEVER hold your breath). Something that comes with exercise. When Wendy (my wife, buddy and model) and I would surface, I would have my required 600 lbs. in the tank. Wendy’s gauge would show 1000 to 1200 lbs. The first trip we made when I joined her in her routine, she still had more air than me, but it was now only 200 to 400 lbs. Not bad!

I hope some insight into some of these more subtle tips help you as much as they did me. Good diving! 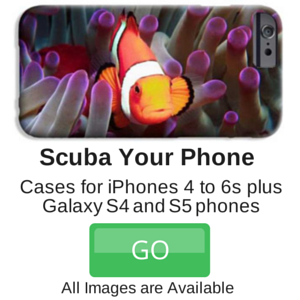 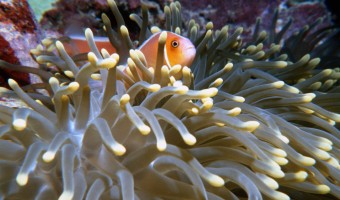